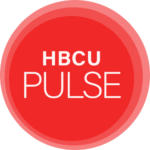 Grambling, however, continued to work with Urban Edge Network on broadcasting select athletic and campus events on HBCU League Pass+ as well as working alongside Urban Edge Network to secure NIL opportunities for student athletes. The ruling, rendered this afternoon, allows Grambling to continue their partnership with Urban Edge Network. The ruling also affirms the Supreme Court’s ruling on the 1984 NCAA vs. Oklahoma Board of Regents. The case allowed individual member NCAA schools to negotiate their own broadcasting rights directly with media companies. NCAA member institutions such as Notre Dame (FBS-Independent) and the University of Texas (Big 12) have inked multimillion dollar deals with media entities such as NBC/Peacock and Disney/ESPN.

why don't these guys do business with PWCs?
S