the candy announced that they would be suspending their spokecandies indefinitely, with Rudolph taking over as the official spokesperson. "In the last year, we've made some changes to our beloved spokescandies. We weren't sure if anyone would even notice. And we definitely didn't think it would break the internet. But now we get it—even a candy's shoes can be polarizing. Which was the last thing M&M's (a product of the Mars Wrigley Confectionery division of Mars, Incorporated) wanted since we're all about bringing people together," read the statement released. So their decision was to give into the rantings of right-wing whackjobs who get way too hot & bothered over just how sexy is too sexy for their candy. Think about it. How tragically fragile & soft must you be that the very core of your existence is based around what shoes an animated "spokescandy" wears?
Click to expand...

Man, I tell you, some people get riled up about anything.
Are "they" more mad because the candies stopped being flesh toned or some other reason? 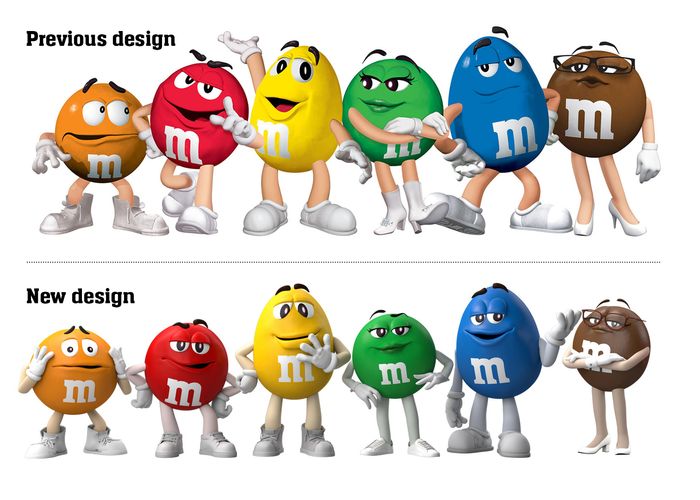