Coco is out, only American woman left is Jessica Pegula!

MELBOURNE, Australia -- Prior to coming to New Zealand and Australia this month, Ben Shelton had never left the United States. Now, his first trip overseas has been extended after he defeated rising Australian Alexei Popyrin in the third round.

"It feels great," Shelton said of making the last 16 of a Slam. "I said on court it was a bit of a pinch-me experience."

Shelton's path to professional tennis began at the U.S. collegiate level, playing for the University of Florida in Gainesville, for the most part under the watchful eye of his father (and Gators coach), Bryan Shelton.

Bryan Shelton was a professional tennis player, winning two ATP titles in Newport in the early '90s after a collegiate career at Georgia Tech. And while Ben initially didn't want to take up tennis and follow in his old man's footsteps, he relented at age 12, picking up a racket and embarking on a journey that would see them reunite in college.

And while it is often the case that talented young Europeans or Australians hit the pro circuits in their teens (you only need to look at the Fruhvirtova sisters in Melbourne this year), professionally, the 20-year-old's career only really started to take off midway through 2022.

This is the best run for American men in about a decade or more. 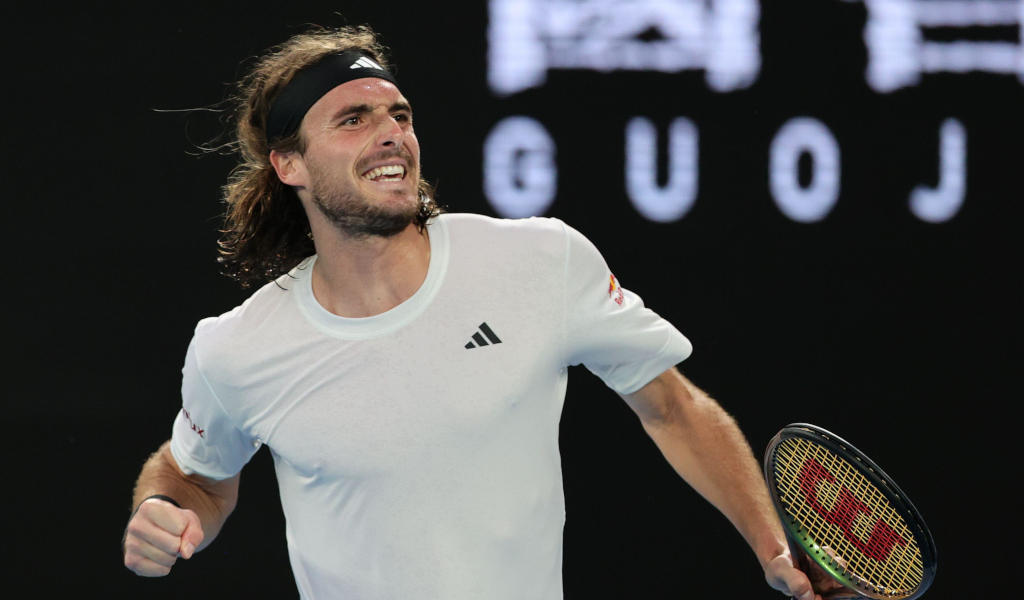 The story of the ninth day of action from Melbourne Park.

DAY 10 MATCHES AND RESULTS (AEDT)
Rod Laver Arena
From 11am

Aryna Sabalenka rallied early in the second set, then didn't look back as she beat Elena Rybakina 4-6 6-3 6-4 in a huge-hitting thriller to earn a long-awaited first Grand Slam title at Australian Open 2023.

Her response from losing the opener impressed further since Sabalenka hadn't dropped a set all season – and played in a maiden Grand Slam final.

Saving a pair of break points with gutsy play to begin the second kickstarted the comeback. Then at the end, Sabalenka saved another break point, converting on her fourth match point.

The stakes could not be higher for this unmissable showdown between two warriors who have started the 2023 season undefeated.

Beyond laying claim to the year's first Grand Slam and earning $2.975 million in prize money, the victor will also ascend to the world No.1 ranking. This would be another first for Tsitsipas.

Djokovic described the upcoming encounter as "one of the most special matches throughout the year," as one of only four Grand Slam finals.

"I'm really excited and privileged to be in that final against Tsitsipas," said the Serb, whose vocal fans will undoubtedly be out in force on Rod Laver Arena.

"I do want to make more history of this sport, no doubt," he said. "I have professional goals and ambitions -- those are Grand Slams and being No.1 in the world. Those two probably pinnacles of the professional tennis world have always been there as goals for me." 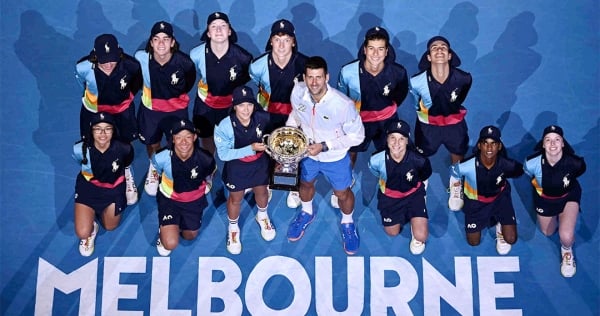 Want to know how much winning a 10th Australian Open title meant to Novak Djokovic? His immediate post-match reaction showed the strain the 22-time major winner had dealt with in Melbourne this fortnight.
ausopen.com

The trend continued at AO 23, but this was unlike any other victory for Djokovic in Melbourne or possibly anywhere else. It was a huge test of mental fortitude and physical stamina.

Djokovic made his return to the Australian Open after missing last year's edition and once landing in Melbourne, didn't know how the left hamstring injury he picked up in a semifinal win over Daniil Medvedev in Adelaide would hold up.

Off court, there were distractions.

So Djokovic's release after completing a 6-3 7-6(4) 7-6(5) win over Stefanos Tsitsipas made complete sense.

More emotional seemingly than ever before after bagging a major – and that says something since he now owns 10 in Australia and 22 total – Djokovic wept as he lay on the ground in the player box.

Surrounding him were, among others, mum Dijana, brother Marko and coach Goran Ivanisevic. The Serb then sobbed into his towel after making his way back to his chair.
T

TSU/BAMA said:
@Olde Hornet, ok, so who you got?

I am picking Djokovic, men. Since Alcaraz is not playing Australia Open. Nadal? Well......

Well, I got it right for the men. But the women?? SMH!! I could not have been more wrong.

I was hoping for an upset, but Novak is just too good. down under!