Herschel Walker, the football legend now running for Senate in Georgia, says he wants to completely ban abortion, likening it to murder and claiming there should be “no exception” for rape, incest, or the life of the mother.

But the Republican candidate has supported at least one exception—for himself.

A woman who asked not to be identified out of privacy concerns told The Daily Beast that, after she and Walker conceived a child while they were dating in 2009, he urged her to get an abortion. The woman said she had the procedure and that Walker reimbursed her for it.

She supported these claims with a $575 receipt from the abortion clinic, a “get well” card from Walker, and a bank deposit receipt that included an image of a signed $700 personal check from Walker.

The woman said there was a $125 difference because she “ball-parked” the cost of an abortion after Googling the procedure and added on expenses such as travel and recovery costs.

Additionally, The Daily Beast independently corroborated details of the woman’s claims with a close friend she told at the time and who, according to the woman and the friend, took care of her in the days after the procedure.

People are still gonna vote for him.

His son is going off lol

Honestly all he had to say was:

“In my younger days I paid for an abortion and this has haunted me for years. As the man today that I have grown in to my beliefs have changed…as a child I thought as a child but as a man so I thinketh as a man…..”

Then go on with his whatevee

He is done more from what his son said than the abortion itself. I didn’t think he would win anyway.
T

Still don't want Walker in there as a senator.

Fiyah said:
Still don't want Walker in there as a senator.
Click to expand...

Fiyah said:
Still don't want Walker in there as a senator.
Click to expand...

Exactly! Another reason Democrats really need to win the Senate seat in Georgia is, so Joe Manchin can't control the Democrats agenda.
T

I had not thought about it that way, but you have a point. 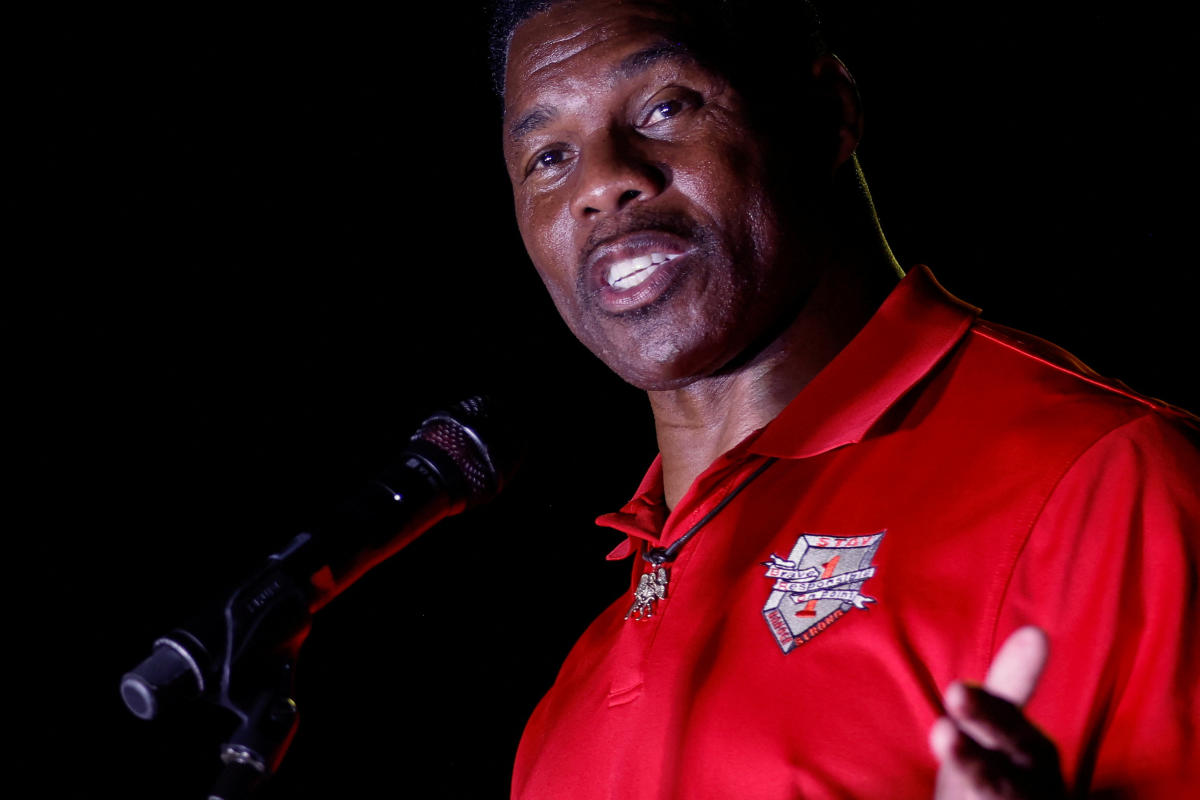 Campaigning in Georgia, Republican Senate candidate Herschel Walker said the U.S. is not ready to implement policies like the Green New Deal that are designed to address climate change. Instead, he said the country needs to "keep having those gas-guzzling cars" that produce "good emissions."

Campaigning in Georgia, Republican Senate candidate Herschel Walker said the U.S. is not ready to implement policies like the Green New Deal that are designed to address climate change. Instead, he said the country needs to "keep having those gas-guzzling cars" that produce "good emissions."

On Saturday, a 22-year-old man with a history of domestic violence killed five people and injured 22 others with an AR-15 at an LGBTQ+ nightclub in Colorado Springs, Colorado. Some people were at the venue, Club Q, to mark the Transgender Day of Remembrance, a commemoration of people killed in anti-trans violence. One of the victims, bartender Daniel Aston, was transgender.

Some gun-loving Republicans offered their typical thoughts and prayers after the 34th mass shooting in the U.S. this year; others just carried on with the kind of homophobic rhetoric that fuels hate crimes like this. Herschel Walker, who’s currently campaigning for a December 6 runoff election in Georgia against incumbent Sen. Raphael Warnock (D), went ahead with his wildly bigoted stump speech on Sunday in Carrollton, without acknowledging the shooting at all.

Mental health issues are real and our people are greatly affected by them no matter how much money we may have. Herschel is not putting on a show, he really believes what he's saying. Then his puppet masters rally him on with their fake ass smiles.

While speaking with Senators Cruz and Graham on Fox News, Walker addressed the significance of the race; however, his words were quickly overshadowed by his sexual gaffe.

Neither Cruz nor Graham seemed to catch the error, but the Internet did. #Erection began trending on Twitter soon after Walker's faux pas.

"Who else thinks it’s hilarious that both Ted Cruz and Lindsey Graham nod their heads in agreement when Herschel Walker says 'this erection is about the people,'" one person tweeted.

"The moment Ted and Lindsey realize Herschel is talking about erections and suddenly become interested and slightly aroused," someone replied. "Of course Lyndsey [sic] was nodding, he cannot wait to be around for Hershel’s erection!" joked another.

The state GOP had sought to block a lower court's ruling that allowed voting on Nov. 26 in the election between Democratic Sen. Raphael Warnock and Republican Herschel Walker.

People still gonna vote for him.